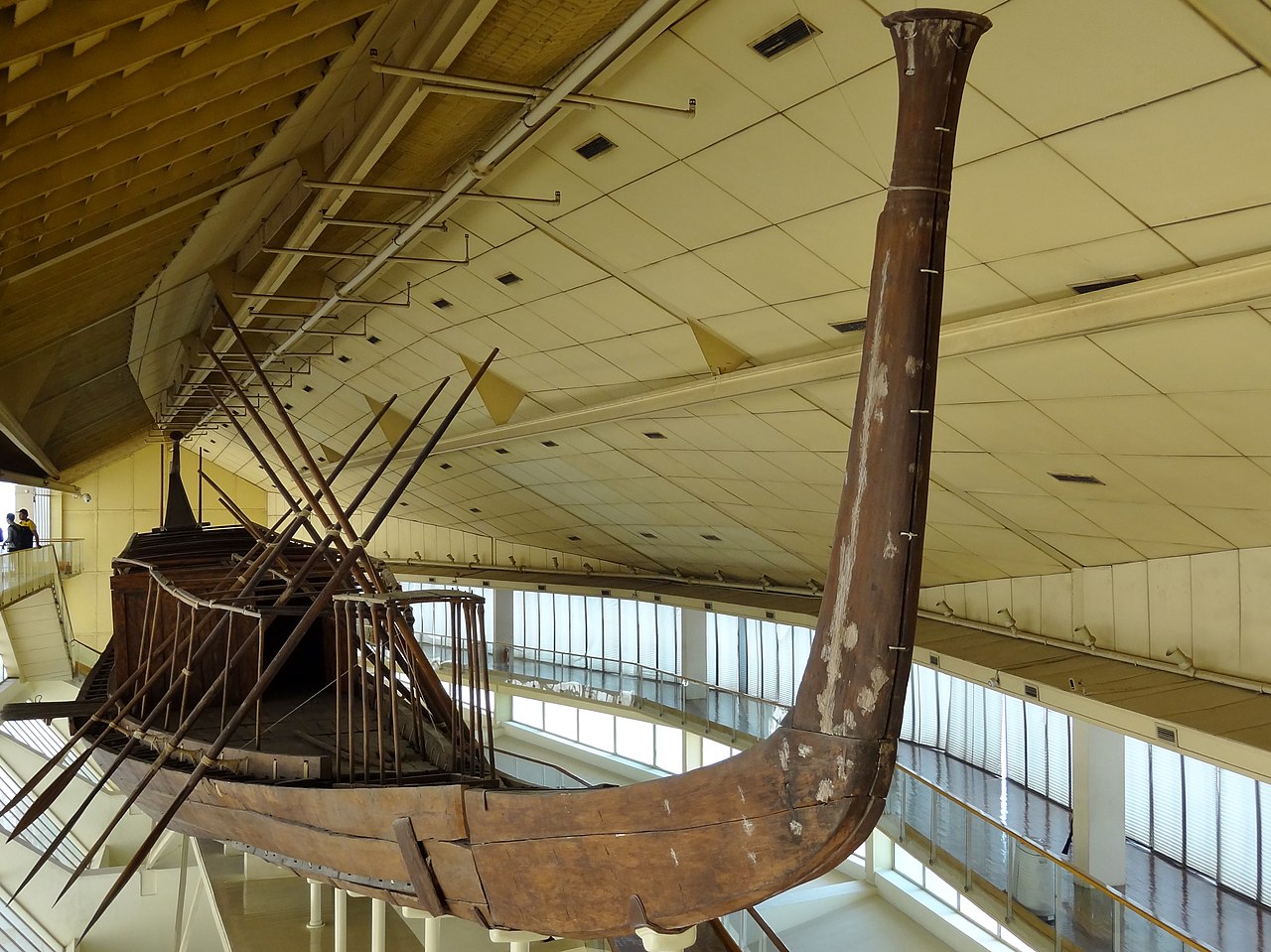 Over 60 years ago Egyptian archaeologist Kamal el-Mallakh made a surprising discovery: a 144-foot ship buried next to the Great Pyramid of Giza. The ship was interred in honor of Khufu, the pharaoh who built the Great Pyramid and is one of the oldest surviving planked vessels from antiquity. Dr. Bob Brier’s lecture will focus on the design, propulsion, and function of this 4,600-year-old ship, based on recent tank tests conducted on a modern model. He will also discuss plans to build a full-scale replica of the vessel with the intention of sailing it on the Nile.

Bob Brier is recognized as one of the world's foremost Egyptologists. As Senior Research Fellow at the C.W. Post Campus of Long Island University, he conducts pioneering research in mummification practices and has investigated some of the world’s most famous mummies, including King Tut, Vladimir Lenin, Ramses the Great, Eva Peron, Marquise Tai, and the Medici family of Renaissance Italy.

In 1994, Dr. Brier became the first person in 2,000 years to mummify a human cadaver using the techniques of the ancient Egyptians. This research was the subject of a National Geographic Channel special titled Mr. Mummy. He has hosted several award-winning television specials for The Learning Channel (TLC), including Pyramids, Mummies & Tombs and Mummy Detective. More recently, the National Geographic Channel presented his research in the documentary Secret of the Great Pyramid which highlights a new theory of the Great Pyramid of Giza construction. Dr. Brier’s research has been featured in such media venues as CNN, 60 Minutes, and The New York Times. His most recent books are: Cleopatra’s Needles: The Lost Obelisks of Egypt (Bloomsbury 2016) and Egyptomania – Our Three Thousand Year Obsession with the Land of the Pharaohs (Palgrave MacMillan 2013).